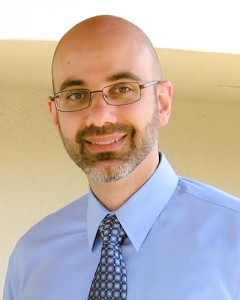 Presenting a comprehensive set of experience in the practice of Business Law, Entertainment Law, Intellectual Property Law, and multimedia rights.

Scott M. Goldberg, Esq., a member of The Florida Bar, has been practicing law for 15 years.  Scott Goldberg’s practice areas include Entertainment Law, Intellectual Property Law, Trademark Law, Copyright Law, Business and Corporate Law, Multimedia rights and licensing, Music Law, and Film and Television transactions. He is a graduate of the University of Florida in Gainesville, Florida, and earned his Juris Doctor degree from St. Thomas University School of Law in Miami, Florida.

Scott Goldberg has also worked for a number of years as in-house legal counsel for a multi-million dollar private equity company with over 60 subsidiary and affiliated entities that include portfolios such as:

Scott Goldberg has been a guest speaker for the film and media program at the University of Central Florida, the film program at Valencia Community College in Orlando, Florida, the Florida Motion Picture and Television Association, the entertainment business and media program at Full Sail University, and at numerous Film Festivals and Music Festivals.  Scott Goldberg has been a guest panelist for the Florida Bar’s 24/7 Online CLE course entitled “What’s The Deal?”; lecturing on business and Intellectual Property issues in connection with film, music and television productions.  Scott Goldberg has also been published in “Screen Talk Magazine” and “Script Magazine.”

Born and raised in Miami Florida, Scott Goldberg has been a resident of Orlando Florida for 15 years.  In his free time, Attorney Goldberg enjoys playing the guitar and is known for his extensive knowledge of music trivia.

Contact the law office of Scott M. Goldberg, PLLC today and let him put his experience and knowledge to work for you and your business.